The Gondola Spreadsheet Editor allows you to easily write and edit Action Based Testing (ABT) test.

We'll discuss some basic Action Based Testing concepts in this section.

When you create an ABT test, the default template will be shown in the spreadsheet.

In an ABT project, a Test Module is represented by a test file. 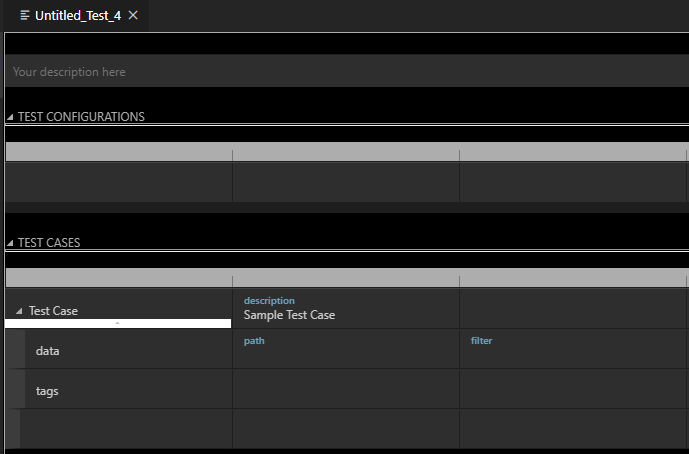 In GSE you can use the following Keywords to organize your test module:

In an ABT project, there is at least one Test Case in a Test Module.

Gondola built-in actions allow you to perform a myriad of functions to test your application. They include actions like click, enter, and getJSONValue For a list of Built-In Actions refer to the Gondola API. There is an extended set of actions for mobile applications like tap and swipe. Please go to this page for supported mobile built-in actions.

User can create new methods (or action) based on built-in actions by using Page Object Model. Please read this article for more information on Page Object.

When using statements in a Test Case, use one of following keywords:

Variables declared in the Test Configuration Section are available to all of the Test Cases in the Test Module i.e. Global Variable.

Variables declared inside a Test Case are only available to that Test Case i.e. Local Variable.

If the variables are in a Documentary Keyword section they are Local to that section even if declared under the Test Configurations section.

Following steps are used to create a variable: